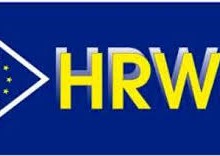 Located in the Caucasus region of Eurasia and at the cross-roads between the West and the East, Azerbaijan hasnot onlyconsiderable strategic importance; it also has symbolic     value as an example of openness and exchange. At different times in history, the present-day territory of Azerbaijan was part of several empires as well as the homeland of various ethnic groups which contributed to the shaping of its current cultural, religious and linguistic identity. Though massively populated by Muslims (96%), Azerbaijan is a secular country where people of different confessions – Islam, Christianity, Judaism and others – have lived together for centuries in peace and harmony.

In the last week of August 2013, a delegation of Human Rights Without Frontiers Int’l visited a dozen non-Muslim religious communities and their places of worship in Baku and in the north of the country, talked to ordinary believers, interviewed their spiritual leaders and collected a wide range of testimonies about the mutual perception of their communities, their inclusion in the construction of the Azerbaijani identity since independence from the late Soviet Union, inter-religious relations and relations with the state authorities.

Human Rights Without Frontiers Int’l also met with representatives of the Caucasus Muslim Board (CMB) that oversees state-registered Muslim organizations and is the official face and voice of Azerbaijani Islam.

Human Rights Without Frontiers Int’l visited the famous Bibi-Heybat Mosque in Baku, built in the 13th century and blown up in 1934 by the Soviet regime, reconstructed and enlarged by the Presidential decree in 2005 with state fund[1].

Human Rights Without Frontiers Int’l also paid a visit to the modest place of prayer of a charismatic imam whose peaceful and inspiring sermons attract thousands of Muslims on Friday, particularly many youth.

Last but not least, an important meeting could be organized with Minister ElshadIskandarov who is in charge of the State Committee for Work with Religious Associations, and his staff.

Fundamentalist ideas have no success in Azerbaijan, anti-Semitism is non-existent and inter-religious peace prevails both inside the Muslim community[2] and between the main historical religions because mutual respect, solidarity across the denominational borders, dialogue and tolerance are the core values underpinning Azerbaijan’s secularism.

The formation of the Albanian Udi Church is closely linked to the Christianization of the Caucasus and, in particular, of the Albanian Kingdom.[3] The latter existed in the northern part of present-day Azerbaijan from the 4th century BCE until the Arab Muslim invasion at the beginning of the 8th century.

The Apostle Bartholomew, one of the twelve early followers of Christ, is said to have laid the foundations of Christianity in the Albanian Kingdom. On his way back from India to Caucasian Albania in 71 CE, he carried out missionary activities in the Albanian Kingdom, established a church in modern day Ordubad, preached Christianity in Albana (now Baku) and managed to convert the local king and his family. However, the king’s brother, incited by pagan priests, ordered the capture of  Batholomew and then had him crucified on a cross with his head down, allegedly at the well-known Maiden Tower in Baku where a chapel was built later on.Eliseus, a disciple of the Apostle Thaddeus, ordained by St Jacob in Jerusalem, continued the work of the martyred Bartholomew and founded a church in Gish.

In 313, King Urnair declared that Christianity would be the religion of the Albanian Kingdom. The Albanian Apostolic Churchwas at first independent from any other Church and autocephalous until 1836, although its clergy was appointed by the Albanian kings. The Bible was translated into their language, which had its own alphabet. In the 5th – 8th centuries, there were twelve episcopacies in the kingdom, including such important regions of consequent Azerbaijan state asKarabakh, Ganja, Shaki and etc. Like other Eastern Churches, the Albanian Church was also involved in theological disputes that would later fragment Christianity. At the time when Arab caliphate started to invade the region Nestorian and Chalcedonian Christianity wer popular among the people of Caucasian Albania which was close to ideology of Byzantine Empire. Using tension between Byzantium and Arab Caliphate Armenian Catholicos sent a letter to caliph telling him about rebellion ideology in Albania and as a result Caliph ordained that Albanian Church should be subordinated to Armenian Church. In 705, the Albanian Kingdom collapsed and Arab emirs began to rule the country. Albanians were massively subjected to Islamization. However, the Udi ethnic group managed to preserve its cultural, linguistic and religious identity.

At the beginning of the 19th century, the Caucasus was conquered by tsarist Russia. In 1815, the office of the Caucasian Albanian Catholicate was abolished. In 1836, by decree of Nicholas I, the status of the Armenian Apostolic Church within the Russian Empire was regulated, and the office of the Caucasian Albanian Metropolitan Bishop was abolished completely. Its jurisdictions were directly subordinated to the Armenian Apostolic Church.The Udi Christians successfully resisted this new attempt of assimilation. Under the Soviet regime, the churches were confiscated by the state and fell into disrepair, and all religious activities were banned.

On 29 August 2013,Human Rights Without Frontiers Int’l visited an Albanian Udi church in Nij and talked with Prof. Robert Mobili, one of the main actors behind the revival of this church. The site has been visited twice by President IlhamAliyev and by prestigious foreign personalities such as Prince Andrew from the British Royal Family, U.S. Ambassador to Azerbaijan Richard Morningstar and French actor Gérard Depardieu.

In early August, an event was held in the northern Gabala Region to commemoratethe 1700thanniversary of the official adoption of Christianity as the state religion in Caucasian Albania and  the ten-year anniversary of the revival of the Albanian Udi Church. . The ceremony was organized by the State Committee for Work with Religious Organizations (SCWRA) in cooperation with the Albanian Udi Christian Community of Azerbaijan.

Speaking at the event, which was held in the Jotari church of St. Eliseus in the village of Nij, the chairman of the Albanian Udi Christian community, Robert Mobili, pointed out that 170 years ago the Albanian church was transferred to the Armenian Gregorian Church by a decree of Tsar Nicholas I.However, the Udi people boycotted the religious services in an effort to preserve their language, culture and loyalty to the Albanian church.They began to meet in homes for prayer. During the Soviet period, the church was closed and converted into a warehouse.

The Caucasian Albanian Udi Christian Community was registered on 10th April 2003 and recently re-registered under the 2009 Law on Religion. Afterwards, work began on the restoration of churches and conducting worship. During this period, the church in Kish of the Sheki Region was restored in 2003. The Kish church is one of the oldest in the Caucasus and considered to be “the Mother of Albanian churches”. The 17th-century Jotari church of St. Eliseus, one of three Albanian Udi churches in the village of Nij, was also restored and inaugurated on 19th May 2006[4]. In both cases, the Norwegian Humanitarian Enterprise contributed to archeological excavations and restoration.

An estimated 6,000 Udis live in Azerbaijan, including 4,400 in Nij, and speak Udi, a North Caucasian language.The village is a prime example of religious tolerance: to date, there are three churches and two mosques in the village, all of them restored by the government.

«The historic home of the Udi people is Azerbaijan,» said Mobili. «They are one of the first ethnic groups to have adopted Christianity in the Caucasus. In 313 the then-Albanian king declared Christianity to be the official state religion. After that, Christianity began to shape up in the territory of Azerbaijan. Today, the Udi are considered successors of the abundant religious and cultural heritage of the Apostolic Autocephalous Church of Albania.

«The multi-cultural and multi-religious nature of our country is our heritage. Azerbaijan pays special attention and provides care for the preservation of this diversity at the state level. The restoration of the Albanian Udi church greatly demonstrates this attention because this temple is one of the carriers of our history,» he added.

A photo exhibition entitled «The Tenth Anniversary of the Revival» was also organized as part of the anniversary celebration. A variety of publications on the history of the Albanian Udi church were likewise presented to the attendees. The event continued with a cultural program.

Conclusions: Throughout its history, the Albanian Udi Church has lived in peace and tranquility among other religious communities, in particular with Jews and Muslims. Since independence, the state has contributed to its revival as the Udis are one of the ethnic roots of the Azerbaijani identity. In doing so, Azerbaijan has opened the doors to a world religion and recognizes Christianity aspart of itshistorical heritage.